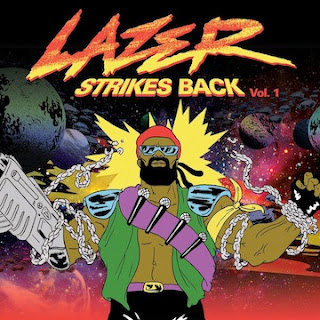 Diplo’s musical project ‘Major Lazer’ have announced a delay to their new album. The widely anticipated ‘Free The Universe’ was originally expected for a March 16th release however the revised date is yet to be confirmed.

Unfortunately album delays do happen (take Dr Dre’s Detox as a prime example), however unlike most artists, Major Lazer have decided to grace us with three volumes of FREE music to whet our appetite.

Of the delay, the group said:

The upcoming album, “FREE THE UNIVERSE,” has been been kidnapped by General Rubbish and we all must embark on an epic journey to upset his evil plan so we can free the universe as planned with the album.

Our fans are the most important part of what makes Major Lazer what it is. It is with that consideration that “FREE THE UNIVERSE” will not be released this month as previously scheduled. We never want to disappoint our supporters but circumstances out of our control have made us unable to keep the intended date. For anyone disappointed, we are truly apologetic and we promise that this hiccup has only made what we have planned for the album stronger. We tried extremely hard to keep the date but it was ultimately decided that rushing the album would have been unfair to you and everyone who worked so hard on it. An iTunes exclusive pre-order in the US will launch next Tuesday, 2/26 which will feature an instant grat download of “Watch Out for This (Bumaye).”

Major Lazer have worked with a number of big-name artists since their inception in 2008, notably providing the beat for Beyonce’s worldwide smash ‘Run The World (Girls)’ back in 2011.