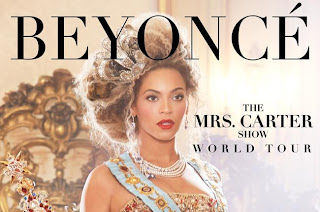 Tickets for all 11 dates of the UK leg of Beyoncé’s upcoming tour have sold out in under 10 minutes. The tickets for the superstar’s ‘The Mrs Carter Show: World Tour’ went on sale at 9.30 am, with Twitter going crazy from the word go.

Ticketmaster has already gone on Twitter to say that their allocation went, with disappointed fans again going straight to Twitter to vent their frustration at both the ticketing service and the general allocation.

We’re really sorry, demand was massive and we’ve sold out of our allocation. @beyonce is the most popular solo artist in the world!
— TicketmasterUK (@TicketmasterUK) February 23, 2013

@mrwayneyb ticket master are absolute bullshit. If you know it’s going to be that busy make your site able to cope with the demand!
— Lauren Jackson (@MissLEJackson) February 23, 2013

3 computers, refreshing like crazy but no beyonce tickets! Hope anyone else trying has had more success!
— Rebecca Adlington (@BeckAdlington) February 23, 2013

Many fans have gone straight to Twitter handle @Twickets to share ticket availability – go check out if you’re struggling to get.

Did you manage to get? Did you pay over the odds? Let us know over here at @StagedoorFM.