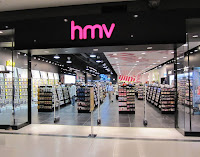 Although Hilco don’t actually OWN HMV just yet, the deal gives them effective control ofthe retailer’s DVD and music catalogue.

Both Hilco and Deloitte have yet to make a public announcement on this, but we’ll be there to update once we hear anything more newsworthy!